Absinthe and the Sisters Henriod: A More Complete History 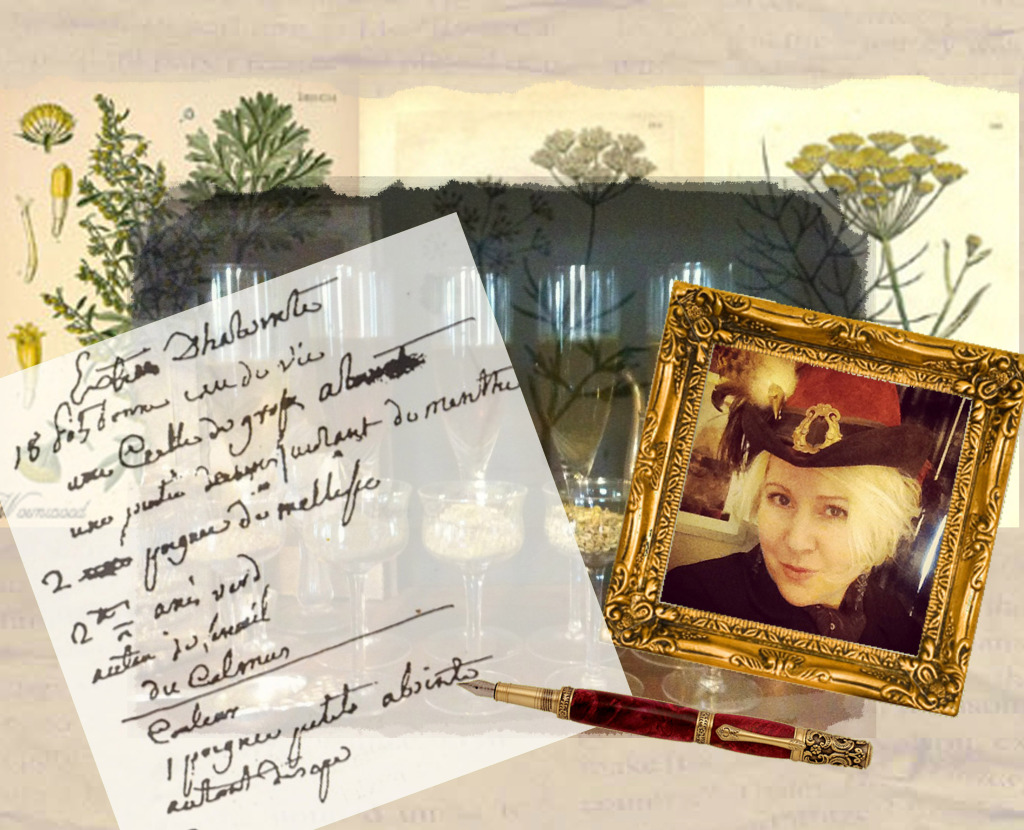 I’ve always had a love of all things mysterious and magical. I remember at a very young age I would pick various flowers and herbs and attempt to make potions, perfumes, teas and tisanes. It seems this was an inherited trait. I come from a long line of those who infused magic into their every day lives, through palmistry, cooking, tarot and tea. And when I go back further, I see the penchant for Herbology has been there for quite sometime. It seems only natural that I would find myself recreating a family tradition relating to that most mysterious of drinks, the infamous Absinthe.

Some credit the good Doctor Ordinaire with the creation of Absinthe. But as so often is the case in our patriarchal society, history has been shaped to recognize those that are deemed acceptable, credible, more reputable? My dear ancestors, the Sisters Henriod had long been creating medicinal tinctures and tisanes to help the people in their village of Couvet, Switzerland. Many of their recipes were passed to them from their mother and her mother before.  Although the Sisters were well respected and their shoppe well patronized, they still needed to be wary of public opinion and the ever possible accusation of witchcraft. For even though the final Witchcraft Act of 1735 written into law led to prosecution for fraud rather than pacts with the Devil, both would result in death as the punishment.

(In fact this same act was still used in the 1940’s to prosecute spiritualists and Gypsies. It wasn’t repealed until 1951.)

Being clever people and recognizing their limitations for simply being women they decided to secure the help of their friend Pierre Ordinaire,  a French Doctor who had taken up residence in Couvet and at the time, rather fancied their mother. They petitioned his assistance to promote this increasingly popular medicinal known as Absinthe. His charming nature, good looks and respectable title of Doctor were well embraced and he proved to be a most natural salesman.  His credibility and successful promotions led to the purchasing of said recipe by a French businessman, Major Dubied, for a suitable sum. The Major then partnered with his son-in-law, Pernod to begin distillation. And the rest is history…until now…

Privately, those of us in the Orange Moon Tea Society have been enjoying my Absinthe Tea at our parties and gatherings for some time. After long discussions and encouragement from the ladies in the Society we have decided to make the tea publicly available along with some of our other signature blends. We are so excited at this prospect it has been difficult to have patience while we go through the nitty gritty of the business stuffs. We are much more adept at the creative aspects of the process.  However thanks to support  from our wonderful neighbor in Orange Moon Downs, Miss Flossie, we are able to offer her special Lenormand Bat Deck and other goodies from her Bat Emporium as incentives to raise funds for our endeavor. We are so much closer to our goal and production now! It’s nearly time to put the kettle on!

In the meantime, please follow along with us on Facebook, Twitter, Tumbler or our Website. And do take a look at our fundraising efforts HERE.  I’m sure there is something in our neck of the woods that will spark your imagination and tempt your tea loving tastebuds!